The Association of Personal Injury Lawyers (APIL) is a non-profiting organisation whose members included solicitors, barristers and legal executives. These members are all dedicated to fighting for justice and improving the services provided for victims of personal injury.

This year’s theme is all about e-scooters.

It is reported that in 2021 there were nearly 900 casualties from incidents involving e-scooters. Some of these injuries included life changing injuries and some injuries suffered even resulted in death.

Between 27th June 2022 and 1st July 2022 APIL this year’s injury Prevention Week will aim to raise awareness around how e-scooters can be used safely to reduce the number of accidents and injuries while also looking at rules and law around the use of e-scooter’s on the public road’s.

E-Scooters have become very popular over the last few years and are common sights on the streets now, but did you know that under current UK Law, it is legal to buy and sell an e-scooter, however it was illegal to use a privately owned e-scooter on the public roads. There use is limited to private land use only, as long as you have the landowners permission. Despite this, sales have rocketed in recent years. Under the new Transport Bill introduced in the 2022 Queens Speech, it has been raised that people who have their own private e-scooter will be legally allowed to ride them on public roads under new stricter safety conditions which include requirements for helmets and indicators and also speed limits.  The actual rules and legislation regarding the use of e-scooters are to be reviewed and confirmed accordingly.

Currently, it is reported there are around 20,000 e-scooters available to ride legally under trial rental schemes in cities including London, Liverpool and Portsmouth. Under the current trials people must be 16 years of age and have at least a provisional driving licence to use an e-scooter. In Portsmouth you must be over the age of 18 to hire a e-scooter and are subject to the law in the same way as any other vehicle drivers.  E-Scooters hired through a rental scheme can be ridden on public roads and cycle paths and are insured by the operators. At present privately owned E-Scooters are recognised as “powered transports” and come under the same laws and regulations as motor vehicles and therefore are subject to all the same legal requirements including MOT, tax, insurance and licensing. However, it is not possible to obtain these.

There are a number of concerns regarding the use of e-scooters on the public roads and there has been numerous medica coverage regarding the misuse of them. It is strongly recommended before using an e-scooter you follow the e-scooter safety tips to avoid accidents and injuries. I believe raising the awareness around e-scooter will benefit all road users. E-scooters are considered an alternative and environmentally friend form of transport. In the last few weeks, it has been reported that an elderly lady from Nottinghamshire has died following an incident with an e-scooter. It is reported she was on the pavement when the collision occurred. The rider, a 14 year by is still under police caution and the matter remains under investigation while the police enquires continue. Sadly, I think this highlights the need for more and further reviews by the government regarding the use of e-scooters on public paths and roads.

I believe this years Prevention Week will raise lots of talking points and will need to look at both the positives and negatives of e-scooters. I am really looking forward to seeing how others react and what their thoughts and feelings are surrounding the use of e-scooters. 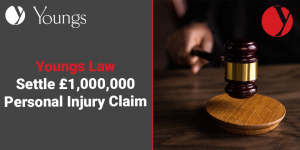 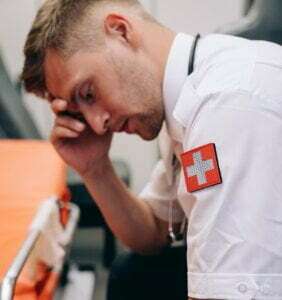